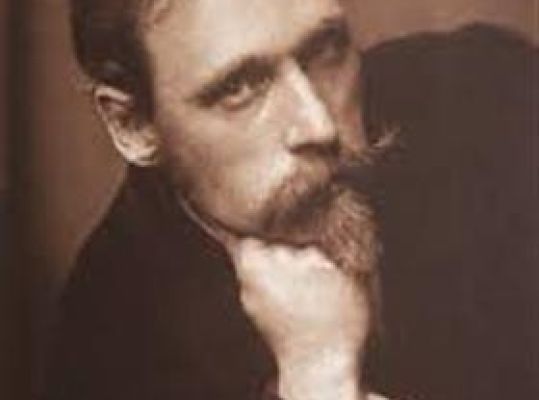 Born in 1845, Walter Crane was an English artist and book illustrator. He is considered to be the most influential, and among the most prolific, children's book creators of his generation[1] and, one of the strongest contributors to the child's nursery motif that the genre of English children's illustrated literature would exhibit in its developmental stages in the later 19th century. Crane's work featured some of the more colourful and detailed beginnings of the child-in-the-garden motifs that would characterise many nursery rhymes and children's stories for decades to come. He was part of the Arts and Crafts movement and produced an array of paintings, illustrations, children's books, ceramic tiles, wallpapers and other decorative arts. Crane is also remembered for his creation of a number of iconic images associated with the international Socialist movement