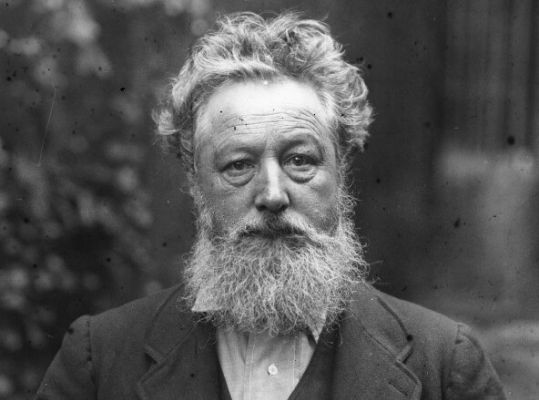 Born in London in 1834 and educated at Oxford, William Morris together with Rossetti, Webb and Burne-Jones, founded a design company which influenced the decoration of homes and churches in the early 20th century. Morris & Co. textile and wallpaper designs are mainly based on repeating patterns derived from nature. He was also a writer and a socialist who supported the use of traditional techniques and founded the Kelmscott press. Other artists who attributed to the Morris & Co. design portfolio included May Morris, William's daughter and Henry Dearle, his assistant.